Recently I attended a conference where I needed to display a demonstration of what we were doing in VR on the Oculus Quest, the Quest has some great mechanisms for casting to a mobile phone or to a Chromecast device attached to a TV but when it comes to sharing to a laptop there isn’t really a good solution at the moment.  Im sure that will all change when they bring out Oculus Link (for a wired connection anyway) but we needed something now.

After digging around on some forums and piecing some data together from youtube, forums and reddit I thought i would make a note of the end result here which enables you to use scrcpy, an android screen sharing utility, to share both with a wire but also wirelessly and also enables an easy way to capture video straight to the computer. 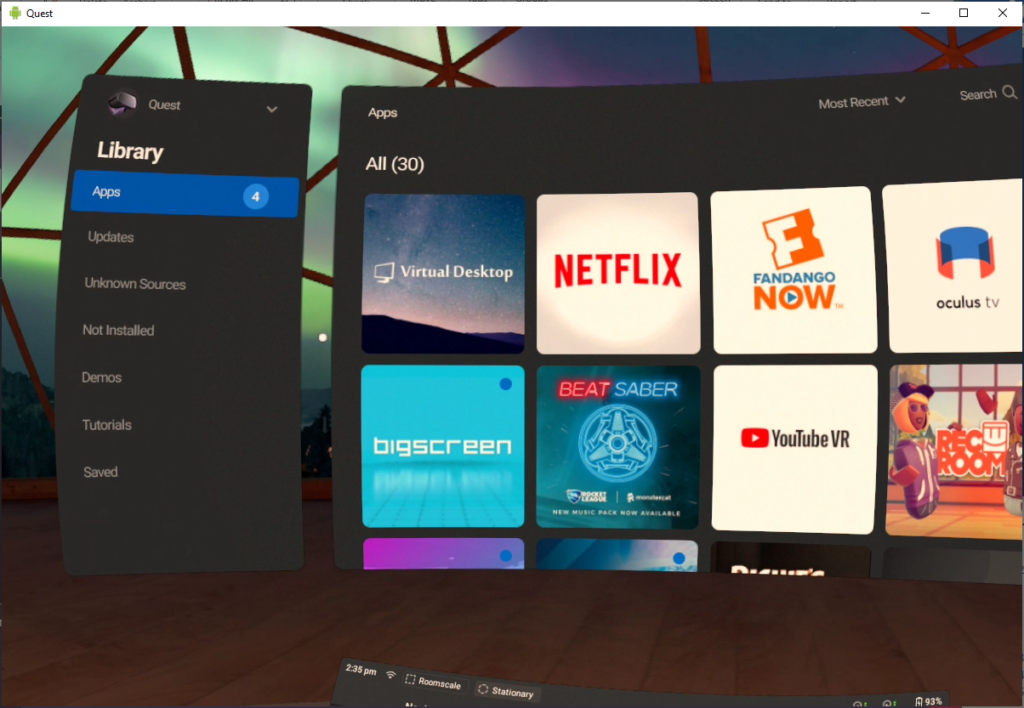 Reconnect the Quest to the computer and go from Step 3 in the wireless connection steps above, this is caused because the client on the quest stopped, normally as you reset the device.