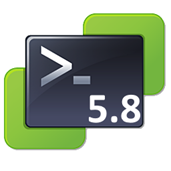 Today VMware released PowerCLI 5.8 R1, in this release they add even more automation awesomeness to this already powerful tool.  It supports all the way back to vCenter and ESXi 4.1 so if your using this version or anything above this I think it’s well worth updating PowerCLI to make sure you take advantage of the new features, speed increases and bug fixes in this version.

The following list is an overview of the new features:

Faster startup – Enhancements have been made to improve the start-up speed of the first PowerCLI cmdlet in a session to ensure access to PowerCLI is now faster, this was something that I know was an issue in the past and Clint Kitson did an excellent post on things to check and making things faster, whilst the PowerCLI team handles manually compiling the .NET PowerCLI Serializers (notice the installer takes a couple of seconds longer) Clints post is still worth checking out as he lists some other things which can also help with the startup speed.

You can now manage storage policies with the Storage Policy-Based Management (SPBM) cmdlets. This functionality is included in a new snap-in for storage, which contains the following cmdlets:

This one is awesome and will ensure PowerCLI is an awesome tool for installing the vCloud Suite products, enhancements have been made to support deployment of OVF and OVA files with configuration parameters in the following areas:

Following the work in previous releases on automation of tags, you can now filter multiple objects by tag information. A tag parameter has been added to the following cmdlets:

Enhancements have been made to error reporting by including more details in the error messages returned by the cmdlets, this includes more information from the APIs making sure users have the best information available when diagnosing why vCenter failed with a task.

You can now provide a filter when working with Datastore Providers.

You can now filter on DistributedSwitch and VMHost when using the Get-VMHostNetworkAdapter cmdlet with provided parameters.

You can now work with vCloud Director and vCloud Air with support for the latest version of the vCloud Director APIs, again a great enhancement and less pain when working with the latest vCD APIs as you no longer need to force the API version for it to work correctly.

vCloud Director cmdlets have been extended to include the New-CIVM and Get-CIVMTemplate cmdlets.

The New-CIVapp cmdlet has been extended with a new parameter set, which allows you to create an empty vApp.

You can now work with the enhanced vCenter Site Recovery Manager 5.8 public APIs,these have been extended by the SRM release and PowerCLI will enable automation of even more areas now!

So why are you still reading this post?  Go download it now! or if you are a vCloud tenant you may want to just download the cmdlets that enable you to work with vCloud as a user from here.