As the readers of this blog probably know I am a big fan of PowerGUI and the VESI, not just for the great GUI console that enables fantastic powershell goodness in the form of a nice user interface but also for the fully functional script editor.

The one thing that amazes me about these applications is that they are FREE, yes that’s right, FREE, not free for x number of days or free to use 50% of the features but 100% free.

Another thing that also amazes me is the amount of work they put into this free app, i mean most companies release the free apps and then no further work or support is added to them, have you ever had a problem with PowerGUI ? If you have then you will have no doubt raised it in the PowerGUI forum and had it answered in a day at the latest !

Add to this the fact that Quest actually listen to what the people who use this want and it amazes me constantly.

Take for example my situation, in the previous versions of PowerGUI there was no GUI support for write-progress (a nice cmdlet that gives you a progress bar style popup), sometimes I had to second guess my scripts and what they were doing unless i ran them in the main PowerShell window, and if I did that I would get the write-progress output so at the recent UK PowerShell user group I hounded both Dmitry and Darin from Quest and told them I wanted a GUI version of the write-progress output, now if they got fed up of the constant emails or if they are just nice chaps (I think the later) they added this to the latest build in both the console and the script editor, proving that they do indeed listen.

So, head over to the PowerGUI site and download version 1.9.5 and try out the latest and greatest PowerGUI with added Write-Progress.

END_OF_DOCUMENT_TOKEN_TO_BE_REPLACED

The Quest guys have really been working hard recently, they have just released the latest version of PowerGUI, this is now version 1.8, if your not using it then why not ?

If you are using it then why should you bother updating?

Firstly from using it on a daily basis I can see they have improved performance, perhaps they should change the powergui steam train logo to one of these guys on the left 🙂

Also you will notice that the file icon has changed and now includes a neat little train, im sure this doesn’t make it faster but still nice 🙂

Dmitry has also been blogging recently about the new features which include some very useful items so make sure you check his blog posts out: 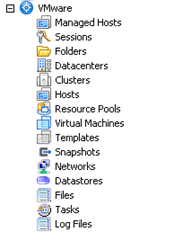 Scott and Kirk have done it again, they are really kicking out the updates to this powerpack recently and this one adds some great features:

1. As you can see by the image, they have greatly improved the icons making a great visual experience.

2. You may notice a new Action on the menu… Generate vDiagram

Yes that’s right, Kirk has taken my Visio script, torn it up, threw it out and come up with something completely amazing.

END_OF_DOCUMENT_TOKEN_TO_BE_REPLACED

Using powershell to manage applications is no new thing, Microsoft are pushing things that way with the release of Exchange 2007 where everything in the GUI is pushed back down to the powershell console and completed there.

So, Imagine if you could do that with VMware products, how amazing would that be !

END_OF_DOCUMENT_TOKEN_TO_BE_REPLACED

Are you using PowerGUI and the VMware Powerpack yet, if the answer is no then why not ?
If you think its something that you will have to learn and you just dont have the time then please stop making excuses right now because VMGuru has just released some great new videos that not only show you how to get started but will also convert you into a guru.
The following videos are available from VMGuru’s site here